A few facts that were mentioned in the legislation include:

The National Council unanimously passed NCA 22-142, which established the women’s honor guard, Este Cate Hoktvke Suletawv, and appropriated the funds for its implementation. Representative Anna Marshall sponsored the legislation from the beginning.

Rep. Sandra Golden started the discussion by saying, “I didn’t really want to support this because it makes women separate from the men, and it looks as if the men can’t acknowledge the women because of something different, but they should be the same.”

She continued, “If this is the only way we’re going to get that attention and that acknowledgment, then I’m going to vote for it.”

This legislation passing is a historic event for Muscogee Nation and its citizens. After a 15-0 vote, Speaker Lowe had the women veterans stand for recognition, which received a standing ovation from those in attendance. Rep. Anna Marshall opened the floor to the women veterans to comment on that moment.

“I am so excited to be a part of this, and I’m so excited to see our sisterhood, not only those who are here today but as we grow,” Muscogee Nation Attorney General and United States Marine Corps veteran Geri Wisner. “I hope that with your support and our Nation’s Veterans Affairs support, we can reach those, and we can stand arm in arm with our Este Cate Hoktvke Suletawv honor guard.”

Veterans continued to share their experiences and gratitude for the decision.

“This is monumental to give us a separate voice, not for us to fall underneath our brothers, whom I’ll always love serving with, but it gives us a voice,” said Sarah Wilson-Perez, United States Air Force veteran. “Giving us this chance, you also make a statement to the rest that have served, are serving, that will serve that we matter.”

Eight Mvskoke female veterans attended the first meeting, ready to get things started. They discussed the budget, uniforms, possible upcoming events, meetings, and more. Veterans came from all over to participate in the historic decision and to join Este Cate Hoktvke Suletawv.

Duties of the Este Cate Hoktvke Suletawv include funeral rites, honor guards at events and parades, and public outreach for other women veterans and the communities on our reservation. Being a part of an honor guard takes dedication, commitment, integrity, and humility.

Lowry said, “We are going to make our own traditional regalia that reflects our branches and will continue our military service ethos by serving our Nation with the values of honor, dignity, and respect.”

Requirements to join include being a female veteran, having an honorable discharge (other than honorable discharge are considered on a case-by-case basis), being a committed and active member by participating in meetings, making regalia, attending drills, events, and funeral rites, and assisting with public outreach.

“We also know that it was not necessarily traditional for women to join the military, but we did, just as our male peers, and served with courage,” said Lowry. “Hope drives us now, a hope for the 246+ to have a home and healing path that has not been offered before.”

“To all the Mvskoke Women Veterans – Welcome Home.”

To join the Este Cate Hoktvke Suletawv honor guard, scan the QR code to submit your information. Meetings are conducted in-person at the Attorney General’s office and via Zoom. 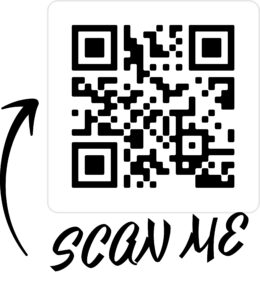 Kaylea's journalism career began in the United States Air Force as a Mass Communications Specialist. After separating from the military and completing her degree, she wanted to serve the Nation and be a voice for citizens.

Listen to the Muscogee Pod